The Sleepy Hollow Schola Cantorum is a semiprofessional group that renders the chant Propers and Ordinary for all sung Tridentine Masses at Immaculate Conception Church. A dedicated band of volunteer men, the core of the schola, meets before Sung Mass to rehearse and to refine the Gregorian style. They are joined for MissÃ¦ cantatÃ¦ by some of the best professional singers working in New York and Connecticut.

Of particular importance in the life of the schola is coming, through rehearsal and study, to an ever-deeper understanding of the indispensable rÃ´le that plainchant serves in its proper context, the Latin Mass. At the same time the priest carries out the sacred duties of his office of prayer and sacrifice, the acolytes theirs of service at the altar, and the congregation theirs of uniting their prayers to those of the Holy Sacrifice of the Mass, the schola does its work: bringing to life the ancient prayers of the Church through the pneumatic music that so marvelously and with such subtlety of perfection cloaks the liturgical action.

New members with an interest in Gregorian chant are always welcomed most warmly. Its members hail from throughout Westchester, the Bronx, Manhattan, and New Jersey. The schola is available to travel to sing at Tridentine Masses in the area or to offer workshops in chant, pending the Mass schedule at Sleepy Hollow. Most recently, the schola has been asked to sing for the newly-instituted monthly Latin Mass at Our Lady of Victories, Harrington Park, New Jersey.

For further information about the schola and its work, please e-mail the director, Art Bryan Manabat, at Info@unavocewestchester.org. 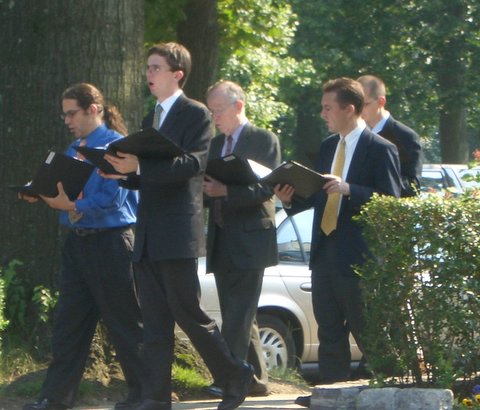 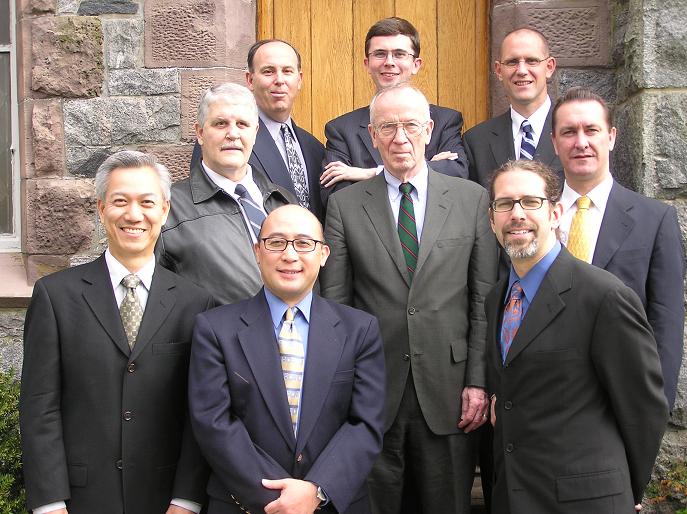 The founding members of the schola after Mass of the Third Sunday after Easter, April 2007.